To all of our clients, constituents, and community members, Norton Agency Insurance is dedicated to safety and public knowledge in light of COVID-19 (commonly referred to as Coronavirus)

Precautions that we are recommending to everyone, including our staff, are:

Please read below for specific precautions that we are taking for all Norton Agency Insurance employees.

Notify your manager if you think you may be sick or have a sick family member at home.

Notify your manager if you have been in contact with someone that has a confirmed case of the coronavirus.

For the duration of the COVID-19 outbreak, if you travel to an infected area as designated by the CDC, out of an abundance of caution, we ask that you not return to work until you have completed the maximum incubation period of 14 days, (the incubation period determined by the CDC). Please work with your Partner/Manager to determine a post-travel workplan AHEAD of your travel dates.  Not all employees are eligible to work from home depending on your agency, office, and role. The normal attendance and leave policies will remain in place.  See Employee Handbook for more details. For more information on travel advisories visit the state department website travel.state.gov.

Again, it is up to the individual agency Partners and Managers to determine if an employee should work from home based on each individual case.  Everyone will have remote access to our major agency systems to work from home as necessary.  In the event you are absent, or work from home, please be sure to update your out of office and voicemail appropriately.

Again, at Norton Agency Insurance, your safety and wellbeing is our priority. We do ask that if you have recently traveled to an affected area, or if you are experiencing any of the symptoms of COVID-19, that you do not visit any of our offices. We would be more than happy to assist you over the phone at 770-532-0022.

We would also like to reiterate that knowledge of the virus and its growth is also important. Please be mindful of where you are receiving your information about COVID-19. The CDC’s website, as well as the World Health Organization, are two of the best places to fact check any information you hear or read.

Our thoughts and prayers are with everyone at this time, and we remain dedicated to serving you.

Gainesville-Hall County, Georgia –  The Norton Agency, headquartered in Gainesville, Georgia, is pleased to announce the sponsorship of a home for Habitat for Humanity of Hall County in celebration of the company’s 90th Anniversary.

Founded in 1928, and now with 300 employees and 19 offices across three states, The Norton Agency is North Georgia’s largest, oldest and most successful real estate and insurance company and takes pride in giving back to the communities they serve. This Habitat for Humanity project is funded and will be built by Norton team members. Norton is familiar with the issue of affordable housing in Hall County and is honored to help a neighbor achieve the dream of homeownership.

“The Norton Agency and its family has been honored for 90 years to provide “shelter and security” to the North Georgia community,” said Bob Norton, President & CEO of Norton Agency Insurance and third generation company owner. “We believe home ownership is one of the foundations of our great country. We wanted to provide the gift of a home in recognition of the success this country has allowed us for these 90 years.

A Ground Breaking Ceremony was held at the home site on Tuesday, July 10 to celebrate the company’s 90th Anniversary, as well, the 90th Birthday of Frank Norton, Sr., son of company founder W.L. Norton, and Norton Agency Chairman of the Board Emeritus.

“Habitat strongly believes that safe and affordable housing provides a critical foundation for breaking the cycle of poverty,” said Alison McElvery, executive director of Habitat for Humanity of Hall County. “It is only fitting that we are partnering with The Norton Agency who has played such a strong part in the growth and development of our area. It is an honor for us to play a part in celebrating Norton’s 90th anniversary, and especially in honoring Frank Norton Sr.”

Company founder, W.L. Norton grew up in rural Rabun County and was one of the first graduates of North Georgia Technical School, now Rabun Gap Nacoochee School. Following service in World War I, Norton became a banker and relocated his family to Gainesville in the late 1920’s. He formed The Norton Agency in 1928 in the Jackson Building on the Downtown Gainesville Square.

In 1937, Norton began the first planned residential neighborhood development in the community. Purchasing the plantation land of Confederate General William Longstreet from his widow and offering FHA financing, he and two partners developed Longstreet Hills. The first lots sold for $300 to $400 each. The neighborhood continues to be one of Gainesville’s most desirable residential communities.

W.L.’s son Frank joined the firm in 1952 extending the company’s reach into Home Lending, Commercial Brokerage, Commercial Insurance and Asset Management and Development. Frank’s wife Betty joined the company in 1968 and built the region’s largest residential sales force in a 22-county reach. In the 1980’s Frank and Betty’s sons, Bob and Frank, Jr., took over operations of the Insurance and Real Estate Divisions. The Norton Agency provides strong customer service with a broad spectrum of services, ranging from insurance to mortgages to property management to commercial development to residential real estate sales.

Since 1989, Habitat Hall has built 51 new homes and completed 10 rehabilitations. The Norton Agency home will be the 63rd Habitat home and the 11th home in Copper Glen, a dedicated Habitat subdivision off Candler Highway. 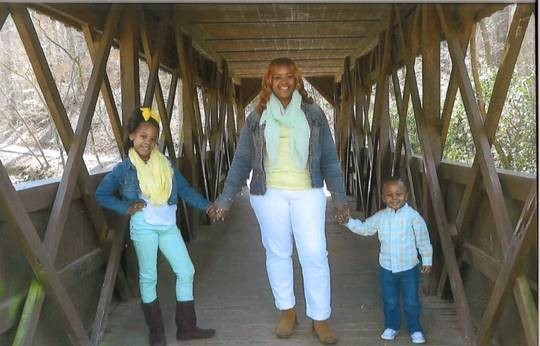 About The Norton Agency

Norton Insurance
Bob Norton joined the Insurance Division in 1982, and the independent insurance agency has expanded with multiple offices representing over 50 nationally known insurance companies. While based in Hall County, Norton Insurance has a network of offices located in Gwinnett, White, Habersham, Forsyth, Lumpkin, Fulton, Cobb, and Dekalb Counties, as well as Birmingham, AL. Over 20,000 individuals, families, and businesses are covered by Norton’s insurance division. www.nortoninsurance.com

Norton Real Estate
Frank Norton Jr., joined The Norton Agency to direct the Commercial and Residential Real Estate Divisions. His expertise, combined with his energy and creative imagination, has thrust the company forward at a fast pace. Since 1986, he has collected and interpreted community market research data through Norton Native Intelligence and has developed consulting and strategic planning services for the firm. He was elected President of the firm by the Board of Directors in 1997 and Chairman in 2004. Frank K. Norton, Sr. serves as Chairman of the Board Emeritus. www.gonorton.com